Spending an afternoon playing a game with my kids ranks high on the list of my most enjoyable activities.  Our favorite family card games were listed on this blog previously, and we are currently on a Great Dalmuti kick!  While we love card games because most can be played with our entire family, we have stacks of board games as well.  Board games typically have to be played in teams or in smaller groups of our family of six.

Entering this current stage of life presents a challenge for me to find board games that the six-year-old can participate while the thirteen-year-old remains engaged.  It’s a challenge, but there are many out there. 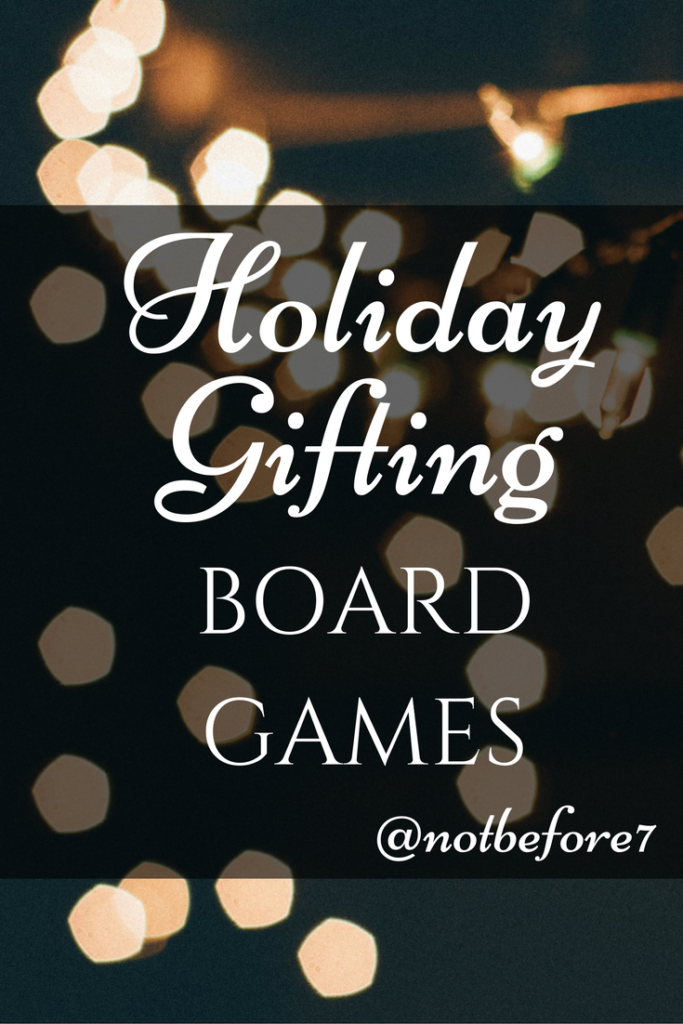 Without further ado, these are our favorite family board games.

(four players)  This was a favorite game for my husband and I before we had children.  We played with my cousins in one of our most memorable moments in Wilson Game Playing History. But THAT is a story for another time.

Now that our children are older, we enjoy it with them. Of course, the limit is four players so we often have to play in pairs, but no one minds as I just usually team up with the youngest child. There are two ways to win which adds an element of strategy that we all enjoy.

(2-4 players) This is one of my favorite games.   Which is why I am cheating and listing it here even though there isn’t technically a board.  But the cards sort of form a board, so it works.

I will play it anytime.  Anywhere.  With anyone.  Including those creepy clowns being sighted in the woods in SC.  Maybe they just need a good game to play?

I have already introduced this game to two friends who immediately joined me in my addiction. Which means that a few moms might have played it in the waiting area of the trampoline gym while the kids jumped. Hypothetically speaking, of course.

But that is just how much fun this game is!

The rules are simple enough that my six-year old can participate right alongside his siblings.  Simple, yet strategic. It is a fantastic mix.

(2-4 players) We purchased this for Christmas YEARS ago when it was all the rage. It still maintains its place in the game cabinet because it is a favorite that we cycle through.

Simple to play and fun for everyone makes this one a winner.

Unfortunately, it doesn’t seem to be easily available and it is quite pricey at the time of this posting. Keep it on your list for yard sales or Christmas time at Walmart. Maybe it will return at a reasonable price under $30.

(2-5 players)  I have learned that great board games don’t come cheap. This is one case in point. But it has been well worth it for our family.

The game involves plenty of strategy, a bit of geography, and just the right amount of competition throughout the game. Once again the basic premise is simple enough for my younger boys (6 and 9) even though the adults in the house enjoy it as well!

At the time of posting this list, the Europe edition and as well a few others were all priced similarly to the United States edition. That doesn’t happen often, so it might be time for me to grab up the Europe version!

(2-4 players) Classic. This one is like playing Tetris on a board, so if you were a fan of Tetris, like I was, then you are going to love this one!

Best of all, this one is simple enough for even a 4 or 5-year-old to play. At that age, they might need some help or suggestions to feel successful. Another great idea is to play with only two people while they learn because it is much easier to fit all of your pieces when there are only 2 players instead of 4.

Yes. This one is only up to 4 players as well. It does make it harder on large families, but my kids are happy to play this one in smaller groups.

(It might be stretching it to call Blokus a “board game”, but it certainly isn’t a card game, so it landed a spot on this list)

(3 or more players – use teams)  This is our brand new family favorite. The game is designed for 5 players, though once you have more than 5 you can make teams instead.

The questions all have a numerical answer so that each person records their best guess without going over. The questions are zany enough that no one will know exactly but interesting enough that it is fun to learn!

(3-6 players)  This version of Clue offers a few more twists than the classic version I grew up with as a kid. The new twists include a special “power” for each character as well as intrigue cards with additional twists.

The game concept is still a bit challenging for my youngest (just turned 7) though he can hang in there with some help. He usually teams up with me or I do a little coaching for him as he plays on his own.

(2-12 players – use teams)  I admit it.  No one in the family enjoys this game as much as I do.  I try and try to win them over, but I have not succeeded.  Perhaps you will with your kids?

The concept is simple (five in a row).  The play has a few twists (the Jacks).  The game is fun for the whole family. At least it should be. I include it on the list because it is a favorite of mine and has the potential to be a family favorite!

(2-4 players)  There aren’t many junior versions of games that I actually enjoy playing, but Monopoly wins that prize. This one is shorter and a it more basic than the original with money values that are smaller to help younger kids do the math ($1-$5).

Although this updated version has a different look, the basic premise is still the same. Thankfully, the game is still engaging for myself or my older kids so we’ll all play this with the youngest family member! Once again though, only four of us can play at a time.

ADD-ON BONUS: Cause it is fun for the family, but it is only two player.

(2 players)  We love this classic battlefield game, though only two can play at a time so it isn’t a “family” game. It is great for one on one time with my kids, particularly my 9.5-year-old son.

The game is actually tough for kids under 8, so if I play with my little guy then I team up with him. 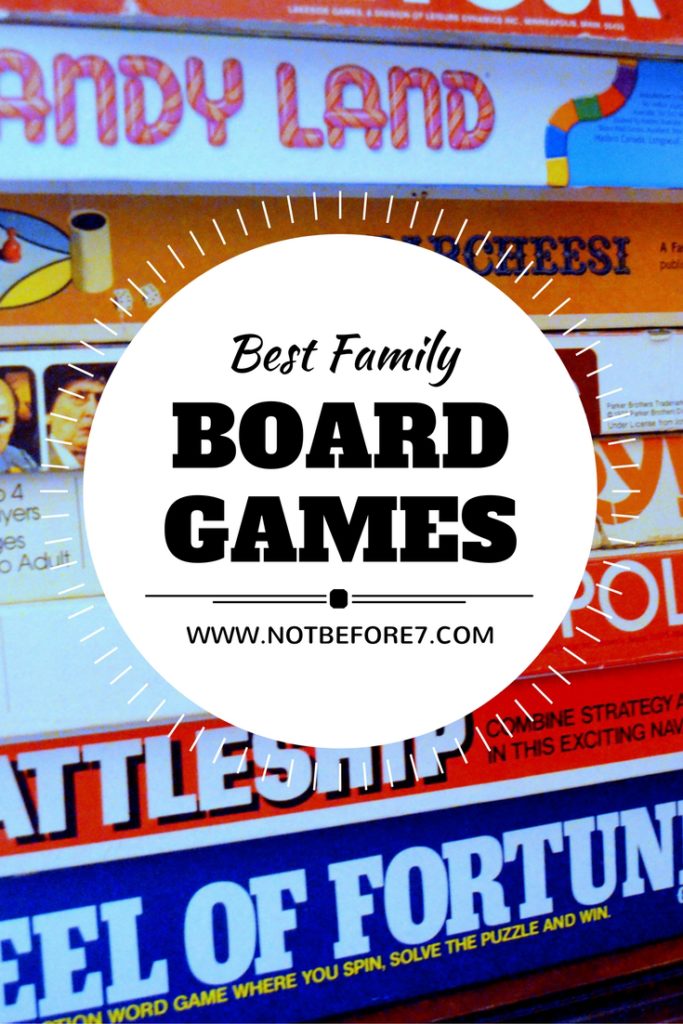 What are your favorite family board games? 7 thoughts on “Our Favorite Family Board Games”