When most English speakers think of an animated movie, they usually think of Disney and Pixar. While these powerhouses deserve their fame, in Japan you’d get a very different answer: “Studio Ghibli.”

Adults and children alike enjoy these creative anime films, but here in the United States, many parents have no idea what to expect when it comes to Studio Ghibli films.

{{This post may contain affiliate links. Read my full disclosure.}}

What is Studio Ghibli?

Studio Ghibli (pronounced “jib-lee”) is a place, a director, and a genre all of its own. The place itself is a small atelier just outside of Tokyo, where teams of animators write, storyboard, and produce animated films. Originally, everything was done by hand, though in recent years digital processes have replaced some of the work; but unlike the instantly recognizable CGI of Disney/Pixar/Dreamworks, Studio Ghibli strives to preserve the old school, 2D, hand-drawn aesthetic as much as possible.

The term “Ghibli movie” usually refers to the filmography of one of its directors, Hayao Miyazaki, who together with fellow director Isao Takahata founded the company in 1985. Miyazaki’s films have been the bulk of the studio’s work and its highest blockbusters (so it’s appropriate to consider Miyazaki/Studio Ghibli along the lines of John Lasseter and Pixar), hence the shorthand.

As a genre, Studio Ghibli sets itself apart from Disney–which is most well-known for the musical adaptation of classic folktales–and Pixar–which has always been about pursuing new technological heights as much as telling stories–in that most, if not all, Ghibli movies have a certain set of common themes/elements such as strong heroines, flight, nature/nature vs. man, lavishly detailed food, supernatural realism (that is, magical or unreal elements presented as if they could be real), and settings that are  heavily influenced by 19th and early 20th century Europe.

Also unlike Disney/Pixar, the genre tends to share a very particular visual style that is pretty recognizable once you’ve been introduced to it. Nausicaa looks a lot like Sheeta looks a lot like San, etc., in a way that say, Snow White and Jasmine or Toy Story and Frozen do not.

The movies are very rarely adaptations of any existing work (Howl’s Moving Castle, Kiki’s Delivery Service, and Tales from Earthsea are notable exceptions), yet they are by and large richly layered, beautiful, complex stories that people of all ages and backgrounds can enjoy. 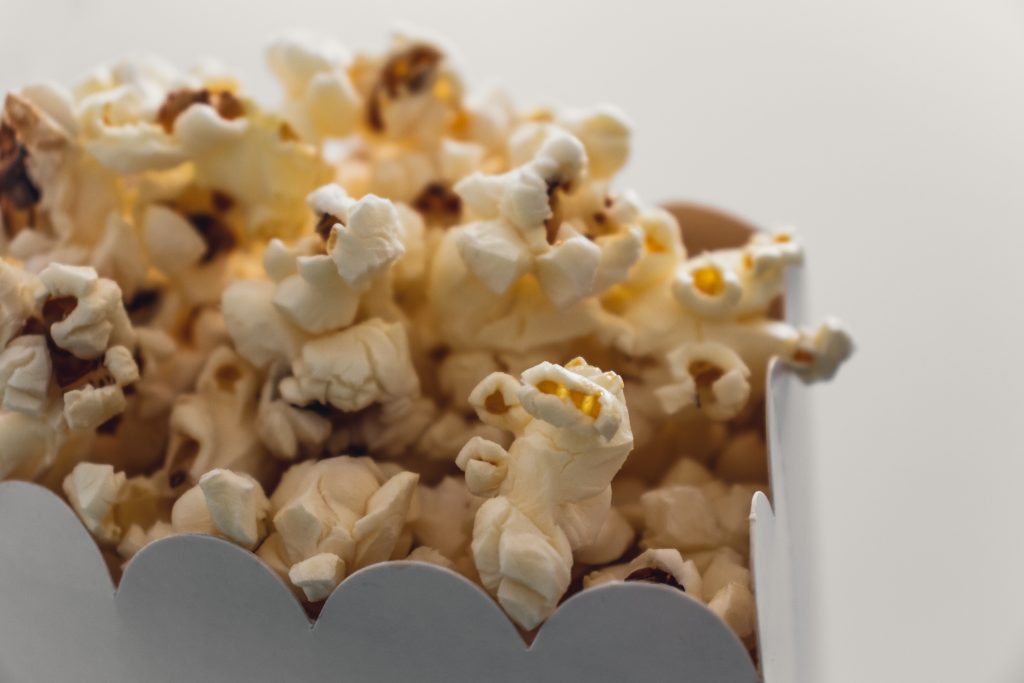 I think this is my favorite aspect of Studio Ghibli movies.  The truly “all ages entertainment” aspect is why I was delighted to introduce my children to them, and why we make a point to rewatch our favorites every summer. They are films that grow with you, that yield more and more depth as you rewatch them. They aren’t easily forgotten, and yet they impart some wonderful values like courage and friendship that most parents will appreciate.

NOTE: Thanks to the hard work of famous admirer John Lasseter, all the movies are available on DVD/BluRay and  “dubbed” into English (instead of the original Japanese) by talented and well-known actors such as Christian Bale, Anna Paquin, and Dakota Fanning.

Studio Ghibli Movies to Watch with Your Kids

These movies are the most popular and most appropriate movies for all ages to enjoy. In that light, I strongly suggest that you actively avoid Grave of the Fireflies, Pom Poko, and Princess Mononoke, with younger children. These titles are all mature, serious, traumatic, and violent.

Click on a title for a movie summary and discussion questions that will encourage great family conversations.

Hopefully, you and your family have relished many nights immersed in the fantastic world of Studio Ghibli movies. But if exhausting the titles on this list makes you feel a little sad that there’s not more to enjoy, have I got some good news for you! The rabbit hole goes deeper still!

One way to dive deeper is to view movies not included here. The titles chosen for this Parents’ Guide were some of the most popular Studio Ghibli films, as well as ones suitable to a wide variety of ages. Even so, this guide only covered 9 of Studio Ghibli’s 21 feature-length films! Most of the films in this guide were directed by Hayao Miyazaki, but we’ve hardly touched on Studio Ghibli’s co-founder, Isao Takahata. Lupin III: The Castle of Cagliostro, Whisper of the Heart, Tales of Earthsea, and From Up on Poppy Hill would all make excellent next-step movies.

Grave of the Fireflies and Princess Mononoke are critically acclaimed masterpieces, but their graphic content and adult themes are definitely only recommended for older teens and adults. As always, please use your own research and discretion when choosing movies for your family to enjoy.

Another option is to watch the documentary The Kingdom of Dreams and Madness directed by Mami Sunada. The documentary follows Hayao Miyazaki and Isao Takahata at work as they try to bring two films, The Wind Rises and The Tale of Princess Kaguya, to completion. Although at times frustratingly oblique (there’s no hand-holding or explanations for the uninitiated), it’s fascinating to watch the film slowly coalesce from storyboard through various stages of production to its final form. But, having said that, The Kingdom of Dreams and Madness is not a pragmatic, straightforward film. Rather, there are plenty of slow moments where Miyazaki’s opinions on various issues and recollections are recorded. It definitely takes some time to feel drawn into, but having a “behind the scenes” look at the massive amount of work it takes to produce a Studio Ghibli film is, in my opinion, well worth it. Since the film’s release, Miyazaki has retired and Takahata has passed away, so the documentary is also a glimpse into a world that no longer exists.

Additionally, there’s the Studio Ponoc film Mary and the Witch’s Flower. Studio Ponoc was founded in 2015  by former Studio Ghibli lead producer Yoshiaki Nishimura. Nishimura and other former Studio Ghibli employees, including former director Hiromasa Yonebayashi, wanted to keep making the kind of movies Studio Ghibli was known for even after their main creators Miyazaki and Takahata retired. In July 2017, Studio Ponoc released their first theatrical film, Mary and the Witch’s Flower, based on the children’s book The Little Broomstick by Mary Stewart. The film is both a tribute to Studio Ghibli and its legacy, leaving many long-time Ghibli fans eagerly awaiting their next project.

Finally, for your bucket list, there’s also the Studio Ghibli museum in Mitaka, Japan (just outside of Tokyo) and plans are underway for a Studio Ghibli theme park to open in 2022. Time to start saving your change!

Follow Me:
Latest posts by Ashley Tieman (see all)

Let me send you
5 Practical and Fun Resources
​that fit any homeschool lifestyle.