Studio Ghibli Films are a popular introduction to anime for many families, but parents often find it difficult to navigate the anime world. Many adults aren’t familiar with the genre, but they want to enjoy these films with their kids.

This is one of many posts you can use as a guide as you films from Studio Ghibli with your children. Today we present, Spirited Away.

Chihiro is a sullen, clingy girl who is very unhappy about her family’s recent relocation. When her father makes a wrong turn on the way to their new house, the family enters a strange world of magic, monsters, and spirits. If Chihiro wants to save her suddenly bewitched parents and return to the human world with them, she’ll have to use more than just her wits. She’ll have to grow up.

Spirited Away was my very first Studio Ghibli film, and I’ll be honest: the first time I saw it? I didn’t like it. I thought it was confusing and chaotic, I had a hard time following the storyline and got really bored with the slower parts. I just couldn’t understand what the hype was about.

As I’ve grown over the years–in age, but also in knowledge and familiarity with Japanese culture, I’ve grown to like it more and more. When I rewatched it for this review I was utterly spellbound. I finally got it! Now it might be one of my all-time favorites.

I start with this confession simply to say, if you have a hard time grasping this movie the first time, it’s not just you. It’s definitely one that gets better with multiple viewings, and the further down the rabbit hole of Japanese culture you go, the richer the experience will be.

That “rabbit hole” allusion to  Alice in Wonderland reference was intentional; in many ways, Spirited Away is a lot like the befuddling Lewis Carroll novel. Ordinary girl gets caught in a magical, whimsical world of wonder; girl finds allies; girl passes one weird challenge after another; the girl returns home and wonders if it was real. As similar as the storyline is, though, merely pointing out the parallels don’t do justice to the incredible artistry and depth that make Spirited Away a masterpiece.

Unlike Alice, Chihiro enters the spirit world as a grumpy, whiny child but undergoes incredible growth to emerge as a capable, confident young woman. She starts as a victim but transforms into a savior heroine through her own hard work and ingenuity. Furthermore, unlike the Queen of Hearts, Yubaaba is a complex character who is not simply capriciously vicious; she is humanized by her love for her son and tempered by her competence in managing the bathhouse.

Artistically, Spirited Away is Miyazaki’s magnum opus. This is the apex of his craft, in terms of its incredible visual style, craftsmanship, attention to detail, pacing, and the richly layered allusions and symbolism. Several times while watching I paused and simply drank in the astonishing beauty. While the plot is a far cry from the action-packed thrills of Castle in the Sky or Nausicaa of the Valley of the Wind, it beautifully and deliberately balances moments of action and tension with moments of reflection, introspection, and calm. This is a big departure from Western storytelling structure and can definitely add to the alienation of a first-time viewer.

Additionally, I would argue this is the most fundamentally Japanese story in the Studio Ghibli parent’s guide. While Japanese culture is a backdrop to My Neighbor Totoro, in many other Ghibli films it’s less apparent and certainly not necessary to understand.

In Spirited Away, by contrast, Japanese folklore and belief is front and center. In fact, it would be a tremendous help to viewers to have at least a surface-level background knowledge of Shintoism, Japanese bathing culture, and yohkai (monsters from native folklore). The cultural background differences also help explain a few things that may be shocking to Western audiences, such as characters who smoke or drink alcohol, and giant baby bums without diapers.

There are other, more serious issues that make this a movie better suited to older kids 10 and up. Chihiro’s parents are turned into pigs and then attacked, there are dozens of scary looking monsters (“spirits”) and some of them eat each other, there are decapitated heads, and Yubaaba’s terrifying rages, vomit and blood and a beloved character who is badly injured and bloodied. Yubaaba is a sorceress and both she and Haku perform incantations.

This is a big departure from both the gentle, folksy magic of Totoro and the light-hearted magical girls like Sheeta and Kiki who live in an otherwise normal world. Speaking of other movies, there are a few references to earlier Miyazaki films that are little pops of delight (soot sprites from Totoro and the hopping lantern seems eerily similar to the scarecrow from Howl’s Moving Castle) to reward long-time fans.

The film is far from heavy and serious, though. There are some genuinely funny moments, as well as moments of warmth, kindness, triumph, and love. For all the intimidating elements, I think this movie can be a wonderfully enriching opportunity to talk about growing up, responsibility (personal and as caretakers of the planet), and greed – perfect conversations for teens and those on the threshold.

Spirited Away: Where to Watch

Watch the trailer for Spirited Away.

Purchase the Blu-ray or DVD.

This post is one of several in our series, “A Parent’s Guide to Studio Ghibli.”

Check out all of the Studio Ghibli Guides: Save or Share: Is anyone else going crazy? Because I have been told it isn’t just the extroverts. So I know I am not the only one feeling a little nutty on “day too many” of quaritine.   Thank goodness for video chat. In these days of social distancing, it has become a lifesaver.  … 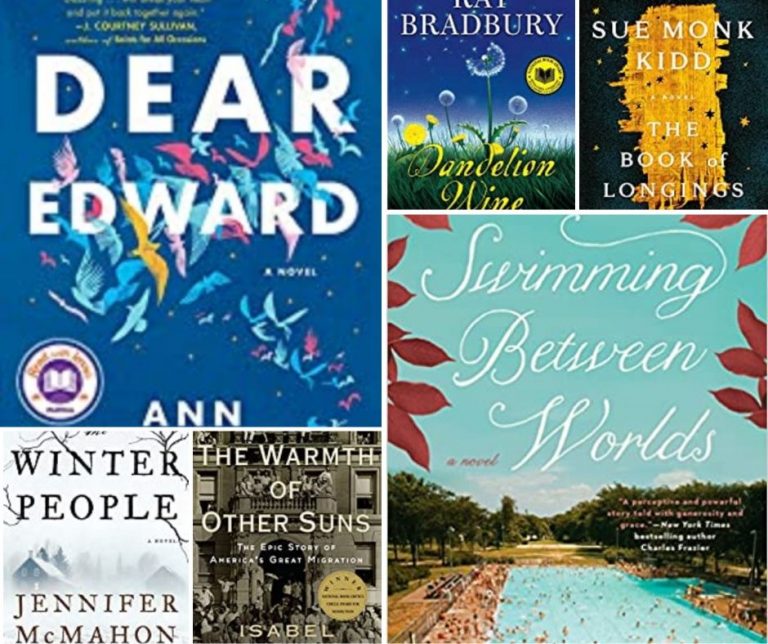 Save or Share:Summer reading programs are popular for the kids, but it’s important to create a good summer reading list for mom as well. Even if it doesn’t include the incentive of a free book from the book store (*wink). A reading list is a perfect way to make sure I know exactly what book… 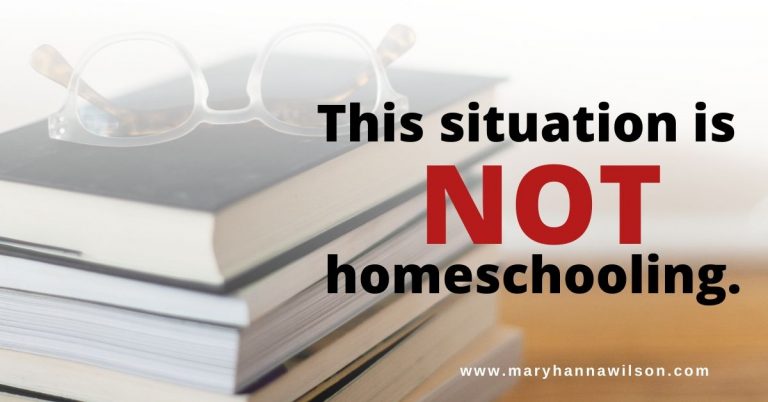 Save or Share:   Right now, all across the USA, schools are closed, leaving kids and parents trying their best to figure out how to finish the school year at home.   In some cases, the school has provided assignments or has moved to a system of online learning. In other cases, parents have had…

Save or Share:Summertime. The pool is open. School is finished. The schedule is more relaxed. I love this laid-back time of year. But with the increased air conditioning bills, vacations, summer treats and extra activities it can be an expensive time that can drive your bank account batty! Here are eight ways our family enjoys the summertime… 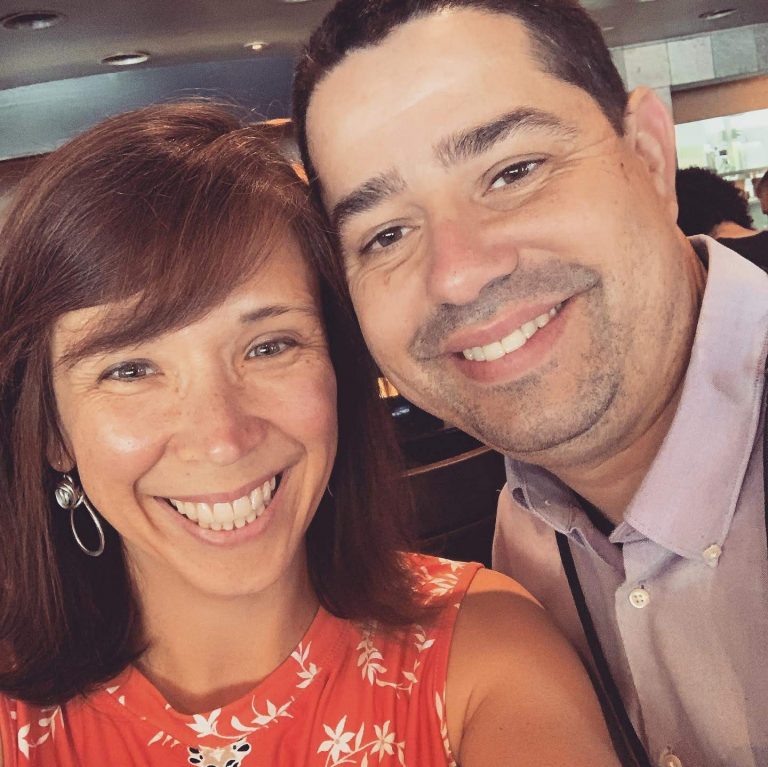 Save or Share:It might be your 20th wedding anniversary if…. you begin your day with an online work meeting and forget to eat breakfast as you run out the door to get your 12-year-old to the pediatrician on time. Then you travel to the pharmacy for antibiotics. again. Yep. Two children are now fighting a… 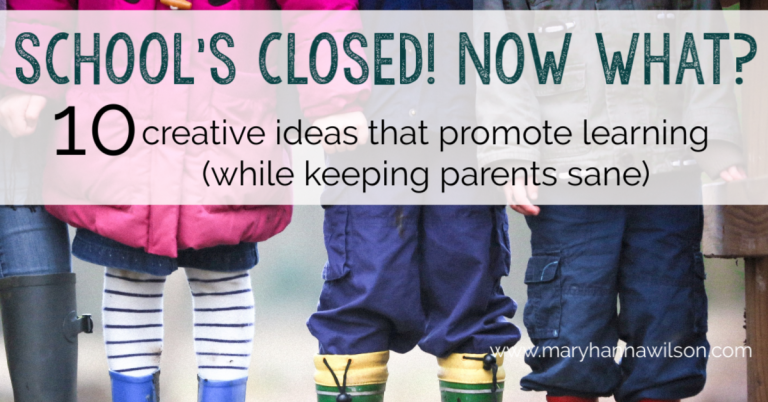 Save or Share:Dear Mom, Schools are closed and you are ready to rip your hair out. Your routine is gone. Kids are jumping off the walls. And you are running around with a bottle of disinfectant and asking them to please find something to do. That last part. The “something to do.” That’s the part…