A list of books to read in 8th grade should include a variety of titles so your middle school child will encounter various time periods, genres, character types, and themes.

Middle school is a great time to begin to explore Young Adult titles, but you don’t have to stop including great literature in the children’s category. There are still many themes in children’s books that older children will enjoy digging into during discussion.

Think, Dream, Do: Books to Read in 8th Grade

This list of books to read in 8th grade was part of my son’s 8th grade English class, offered by a local teacher. The theme this year for the class is “Think. Dream. Do.” As they read and discuss many aspects of these books, they will also explore how the main characters think, dream, and then do.

It’s going to be an inspiring year for my son who is ready to start dreaming big and then doing big!

Ban This Book by Alan Gratz

From Amazon: “You’re Never Too Young to Fight Censorship! …a fourth-grader fights back when From the Mixed-Up Files of Mrs. Basil E. Frankweiler by E. L. Konigsburg is challenged by a well-meaning parent and taken off the shelves of her school library. Amy Anne is shy and soft-spoken, but don’t mess with her when it comes to her favorite book in the whole world. Amy Anne and her lieutenants wage a battle for the books that will make you laugh and pump your fists as they start a secret banned books locker library, make up ridiculous reasons to ban every single book in the library to make a point, and take a stand against censorship.”

The Wild Robot by Peter Brown

From Amazon: “Can a robot survive in the wilderness?

When robot Roz opens her eyes for the first time, she discovers that she is all alone on a remote, wild island. She has no idea how she got there or what her purpose is–but she knows she needs to survive. After battling a violent storm and escaping a vicious bear attack, she realizes that her only hope for survival is to adapt to her surroundings and learn from the island’s unwelcoming animal inhabitants.

As Roz slowly befriends the animals, the island starts to feel like home–until, one day, the robot’s mysterious past comes back to haunt her.”

Out of My Mind by Sharon Draper

From Amazon: “Eleven-year-old Melody is not like most people. She can’t walk. She can’t talk. She can’t write. All because she has cerebral palsy. But she also has a photographic memory; she can remember every detail of everything she has ever experienced. She’s the smartest kid in her whole school, but NO ONE knows it. Most people—her teachers, her doctors, her classmates—dismiss her as mentally challenged because she can’t tell them otherwise. But Melody refuses to be defined by her disability. And she’s determined to let everyone know it…somehow.”

From the Mixed Up Files of Mrs. Basil E. Frankweiler

From Amazon: “In this winner of the Newbery Medal from E.L. Konigsburg, when suburban Claudia Kincaid decides to run away, she knows she doesn’t just want to run from somewhere, she wants to run to somewhere—to a place that is comfortable, beautiful, and, preferably, elegant.

Claudia knew that she could never pull off the old-fashioned kind of running away…so she decided not to run FROM somewhere, but TO somewhere. And so, after some careful planning, she and her younger brother, Jamie, escaped — right into a mystery that made headlines!”

From Amazon: “Stella lives in the segregated South—in Bumblebee, North Carolina, to be exact about it. Some stores she can go into. Some stores she can’t. Some folks are right pleasant. Others are a lot less so. To Stella, it sort of evens out, and heck, the Klan hasn’t bothered them for years. But one late night, later than she should ever be up, much less wandering around outside, Stella and her little brother see something they’re never supposed to see, something that is the first flicker of change to come, unwelcome change by any stretch of the imagination. As Stella’s community—her world—is upended, she decides to fight fire with fire. And she learns that ashes don’t necessarily signify an end.”

Discuss any book with your kids:

A Night Divided by Jennifer A. Nielsen

From Amazon: “With the rise of the Berlin Wall, Gerta finds her family suddenly divided. She, her mother, and her brother Fritz live on the eastern side, controlled by the Soviets. Her father and middle brother, who had gone west in search of work, cannot return home. Gerta knows it is dangerous to watch the wall, yet she can’t help herself. She sees the East German soldiers with their guns trained on their own citizens; she, her family, her neighbors and friends are prisoners in their own city.

But one day on her way to school, Gerta spots her father on a viewing platform on the western side, pantomiming a peculiar dance. Gerta concludes that her father wants her and Fritz to tunnel beneath the wall, out of East Berlin. However, if they are caught, the consequences will be deadly. No one can be trusted. Will Gerta and her family find their way to freedom?”

The Giver by Lois Lowry

From Amazon: “The haunting story centers on twelve-year-old Jonas, who lives in a seemingly ideal, if colorless, world of conformity and contentment. Not until he is given his life assignment as the Receiver of Memory does he begin to understand the dark, complex secrets behind his fragile community.”

Inside Out and Back Again by Thanhhà Lai

From Amazon: “Inspired by the author’s childhood experience as a refugee—fleeing Vietnam after the Fall of Saigon and immigrating to Alabama—this coming-of-age debut novel told in verse has been celebrated for its touching child’s-eye view of family and immigration. This middle-grade novel is an excellent choice for tween readers in grades 5 to 6, especially during homeschooling. It’s a fun way to keep your child entertained and engaged while not in the classroom.

Hà has only ever known Saigon: the thrills of its markets, the joy of its traditions, and the warmth of her friends close by. But now the Vietnam War has reached her home. Hà and her family are forced to flee as Saigon falls, and they board a ship headed toward hope—toward America.“

The Toothpaste Millionaire by Jean Merrill

From Amazon: “Sixth-grader Rufus Mayflower doesn’t set out to become a millionaire. He just wants to save on toothpaste. Betting he can make a gallon of his own for the same price as one tube from the store, Rufus develops a step-by-step production plan with help from his good friend Kate MacKinstrey. By the time he reaches the eighth grade, Rufus makes more than a gallon — he makes a million! This fun, breezy story set in 1960s Cleveland, Ohio contains many real-life mathematical problems which the characters must solve to succeed in their budding business. Includes black-and-white illustrations by Jan Palmer.”

From Amazon: “The exciting narrative follows the dangerous true-life mission of Brother Andrew, a Dutch factory worker who goes undercover to transport Bibles across closed borders. The courage of this young man will thrill a new generation of readers. They will meet one of the heroes of the faith–and discover the miraculous ways in which God provides for those who trust him.”

How to Read Literature Like a Professor for Kids by Thomas C. Foster

From Amazon: “In How to Read Literature Like a Professor: For Kids, New York Times bestselling author and professor Thomas C. Foster gives tweens the tools they need to become thoughtful readers.

With funny insights and a conversational style, he explains the way writers use symbol, metaphor, characterization, setting, plot, and other key techniques to make a story come to life.” 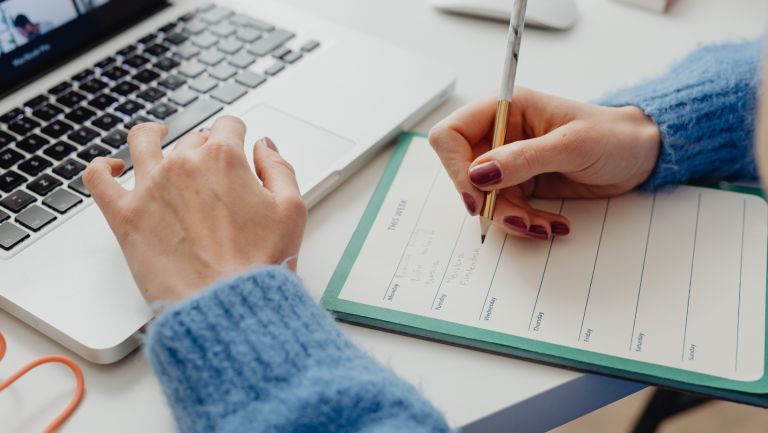 Save or Share:Creating a homeschool schedule for teens can be a little tricky because of everything teens are involved in. Teenagers fill the family calendar with social events, sports, theater, and more. In addition, many begin to introduce work schedules to the family calendar so it can get tricky to balance the ever-changing routines. But… 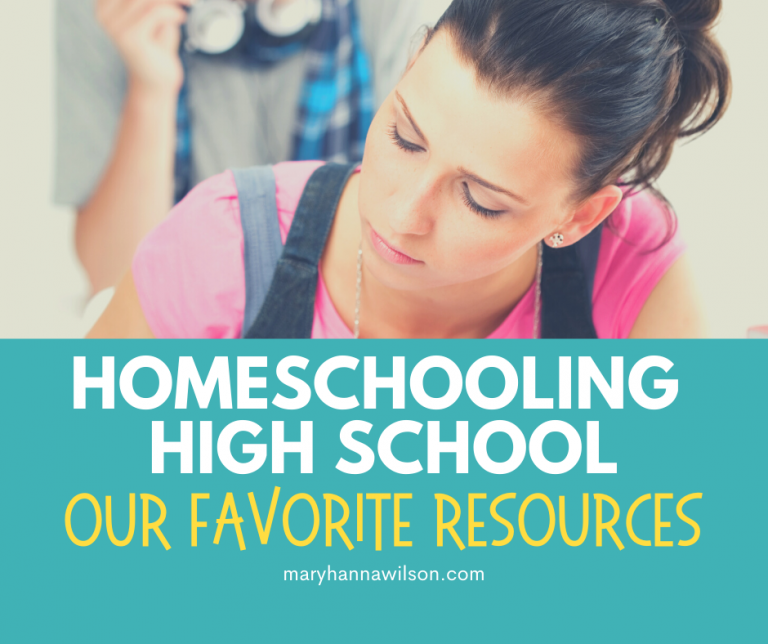 Save or Share:So you’ve decided to homeschool a high school student? Are you beginning to doubt your ability to make this happen? Let me assure you that there are plenty of ideas and resources available for parents who wish to homeschool their children in high school. In fact, sometimes it feels like there are too… 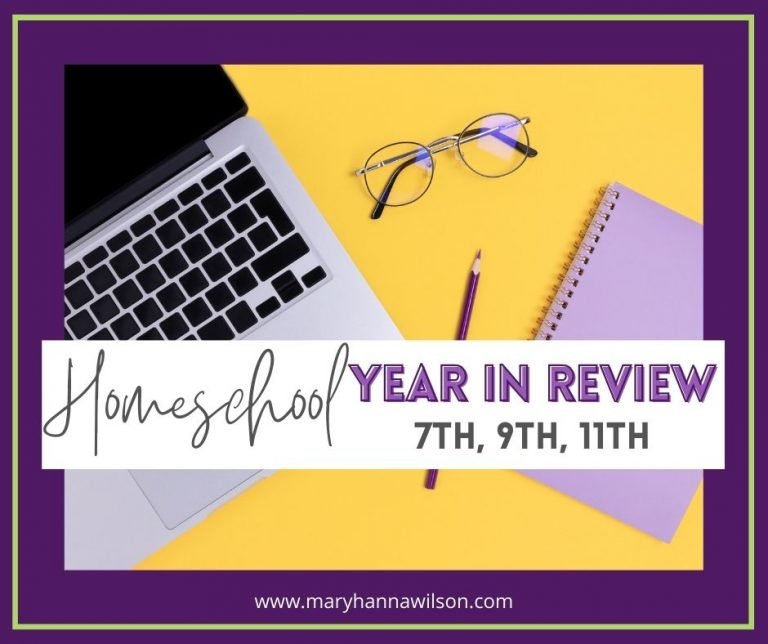 Save or Share:Before I proceed with the new homeschool year, I like to take a moment to look back at the previous year. This gives me some time to record what worked and what didn’t work before we move forward. This year was different because I only had three children in my homeschool as the… 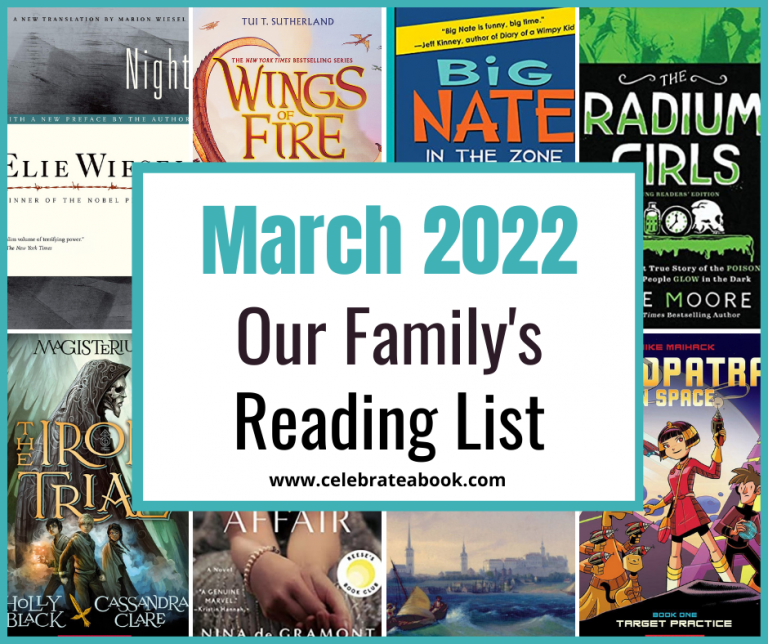 Save or Share:Check out the books our family read this month for fun and as part of our homeschool lifestyle. My children are in the 11th, 9th, and 7th grades. In addition to our personal book choices, you’ll also find the names of the books we are listening to on audio or I am reading… 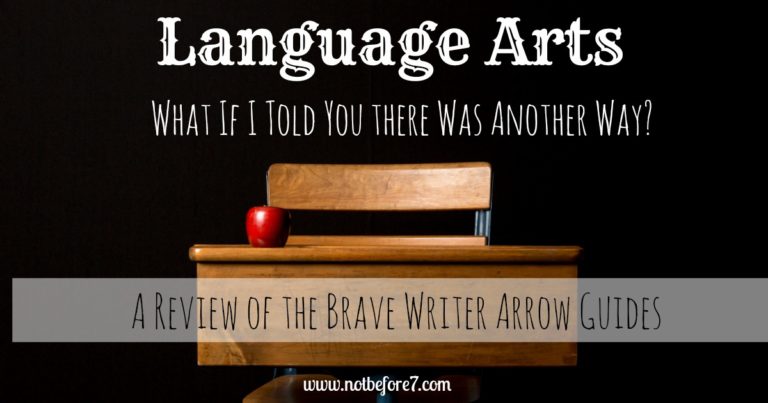 Save or Share:Before I found the Brave Writer Curriculum, I felt like Tarzan.  Or Jane.  Swinging all day from various trees in the language arts forest, never knowing if it was going to be enough. I was leaping from workbook to workbook to cover these skills, but what was I achieving? Spelling.  Vocabulary.  Comprehension questions….

Save or Share:(But first, a disclosure: NotBefore7 is a participant in the Amazon Services LLC Associates Program, an affiliate advertising program designed to provide a means for sites to earn advertising fees by advertising and linking to amazon.com. NotBefore7 is also a BraveWriter ambassador, earning a small percentage via links to BraveWriter. All opinions and…