While in Nashville, we decided to drive to Kentucky and tour the world’s LARGEST cave!  With 400 miles of surveyed passageways, Mammoth Cave is over twice as long as the second-longest cave system, located in Mexico.

Not knowing how the kids would handle this cave adventure, we went with the “user friendly” Frozen Niagara tour.  This particular tour was only about 1.25 hours, part of which was the bus ride to the entrance.  Another reason we choose it?  It was also the “prettiest” tour.

Mammoth Cave is not a “show” cave with lots of stalactites and stalagmites.  This is due to a sandstone layer in the geology of the cave.  The sandstone prevents 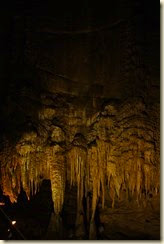 much water from getting through to the cave below, and hence, causes a pretty inactive cave in most sections.   An inactive cave doesn’t have much showy stuff.  It is just a fantastic hole underground through the rocks, but somewhat ugly.

The Frozen Niagara section is the only active cave section because it lacks a sandstone layer.  Water is actively dripping in sections and formations are all over.  We thought the kids would enjoy this section of cave for its showiness.

So off we went into the cave… 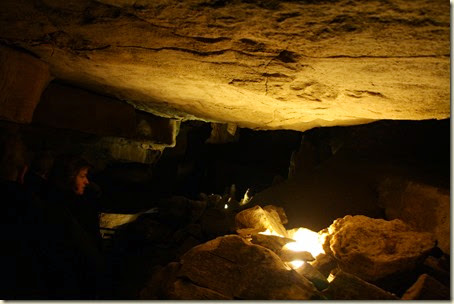 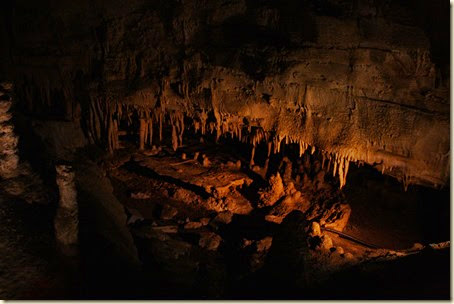 I loved watching my kids raise their hands to make comments and ask questions.  The boys were really excited about the cave.  C (age 5) raised his hand to share that this was his “first cave ever”, so the guide effectively turned that into a transition into having the real cave experience…

and he promptly turned off all of the lights in the cave.

DARK.  DARK.  Like, I put my hand in front of my face and could not see it at all sort of darkness.  Crazy dark.

Once the lights came back on, we all felt much better.

Until…our guide showed us the critters on the ceiling of the cave that weren’t visible to us until he shown his flashlight on them. 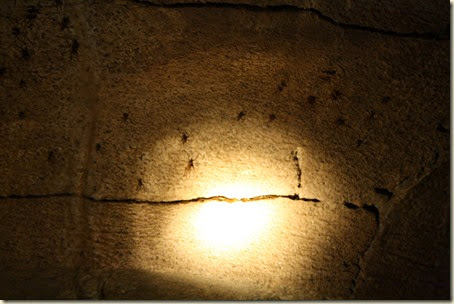 Cave crickets.  Quiet and still little things.  But do not put your hand up for balance on the ceiling of the cave.  YUCK! 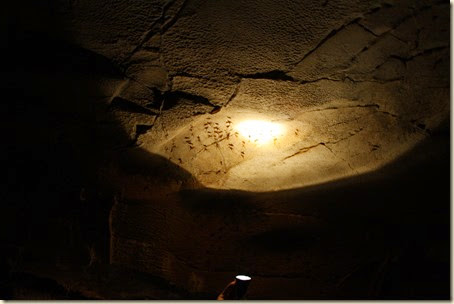 We continued our hike to the “Frozen Niagara” section… 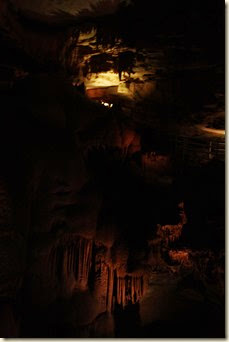 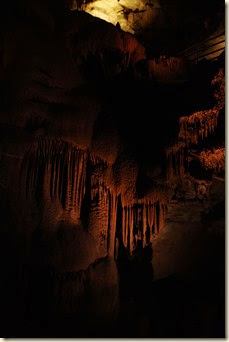 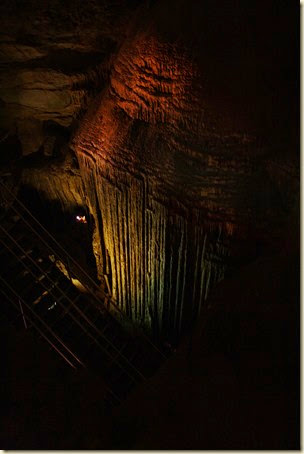 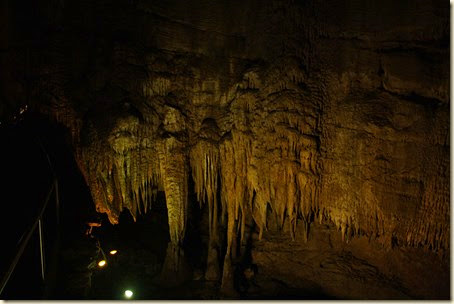 Then it was time to head out of the cave and back to the sunshine! 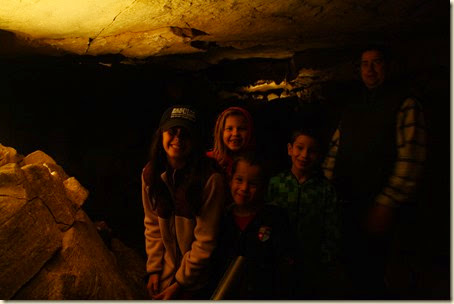 If your family has a chance to visit Kentucky or the surrounding area, I highly recommend a trip to Mammoth Cave.  The Frozen Niagara Tour is a great family friendly tour.